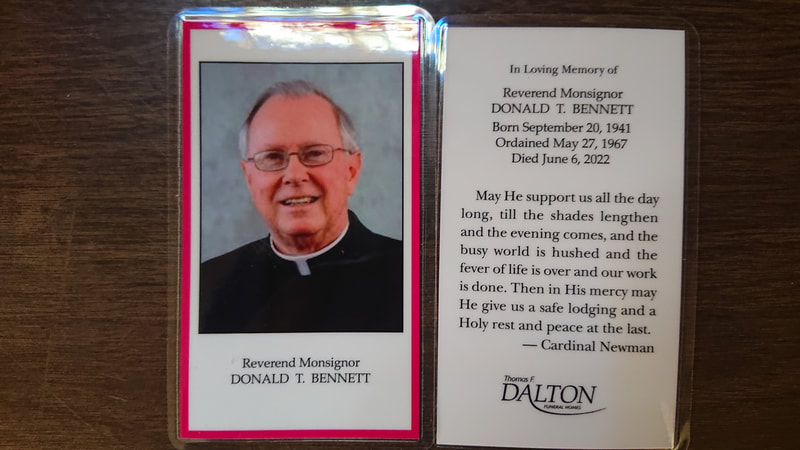 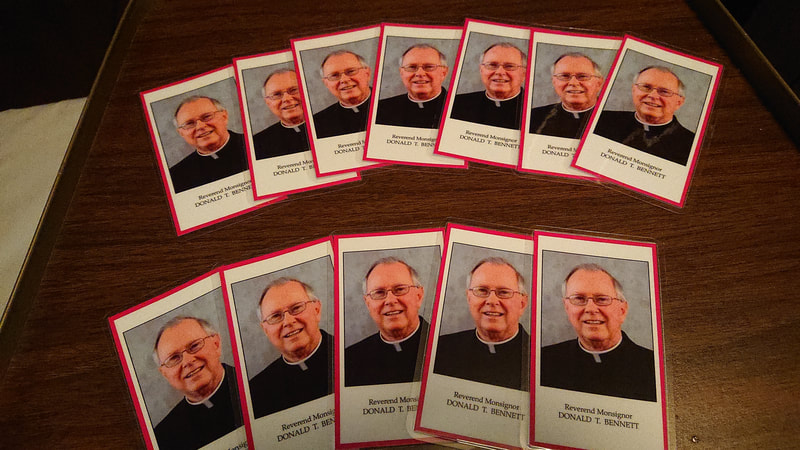 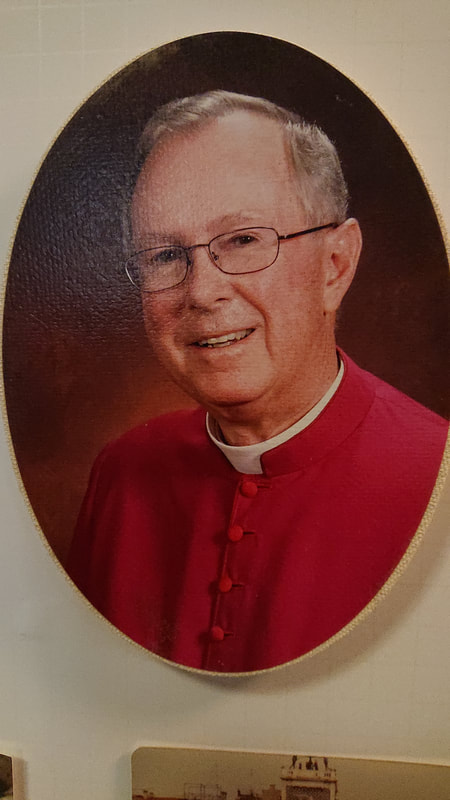 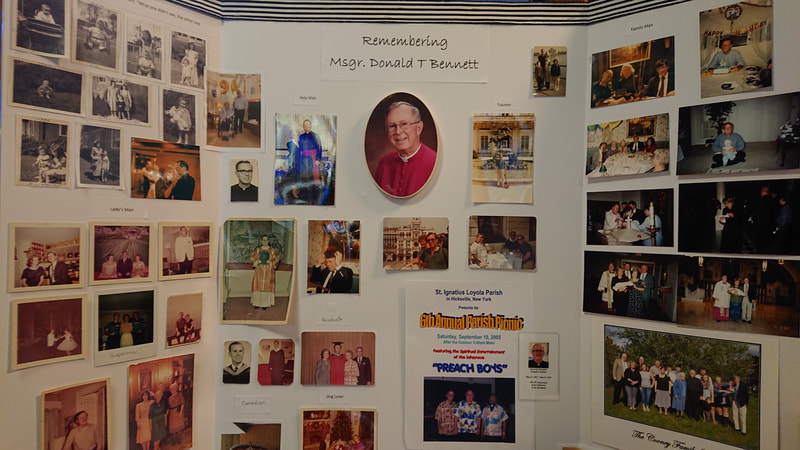 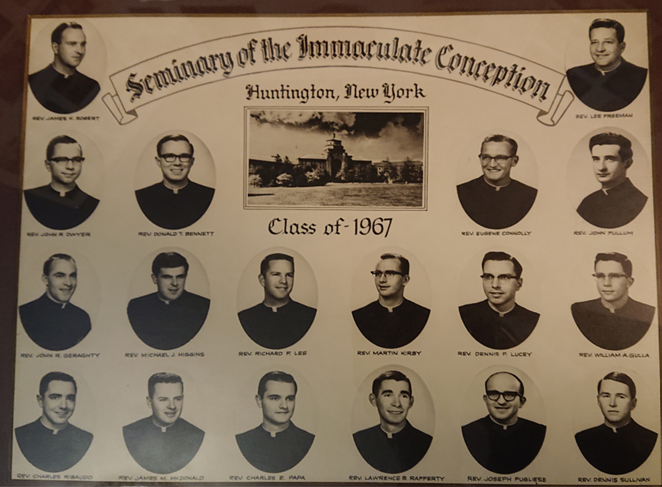 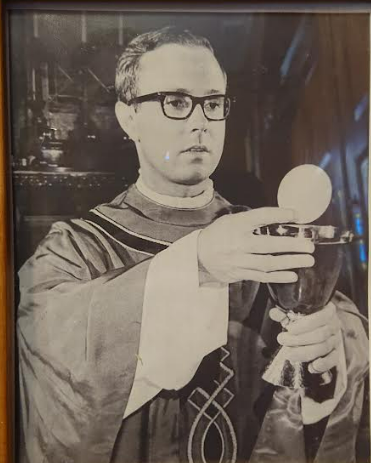 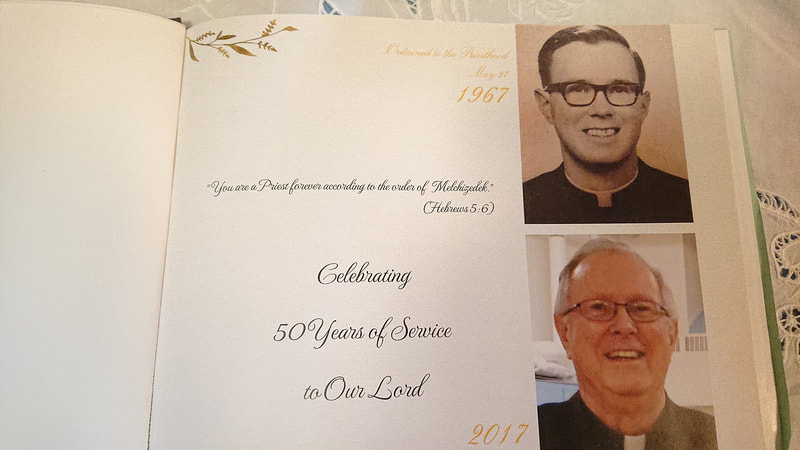 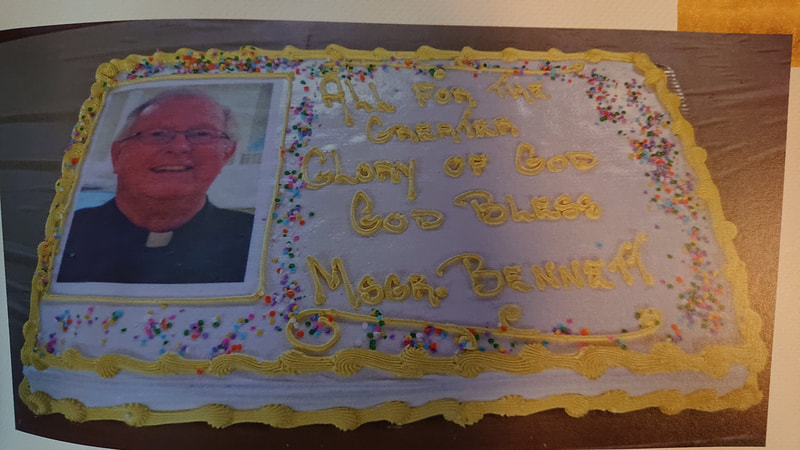 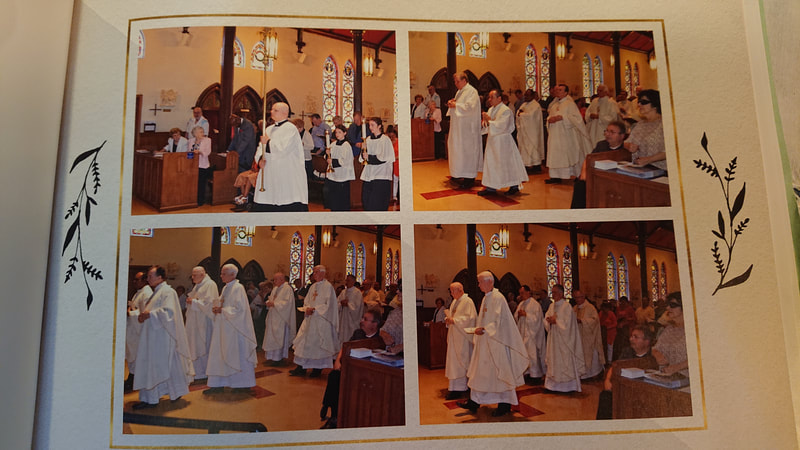 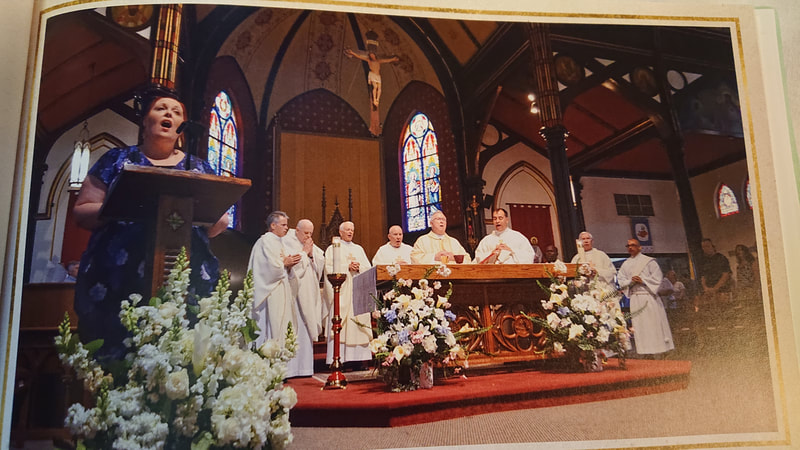 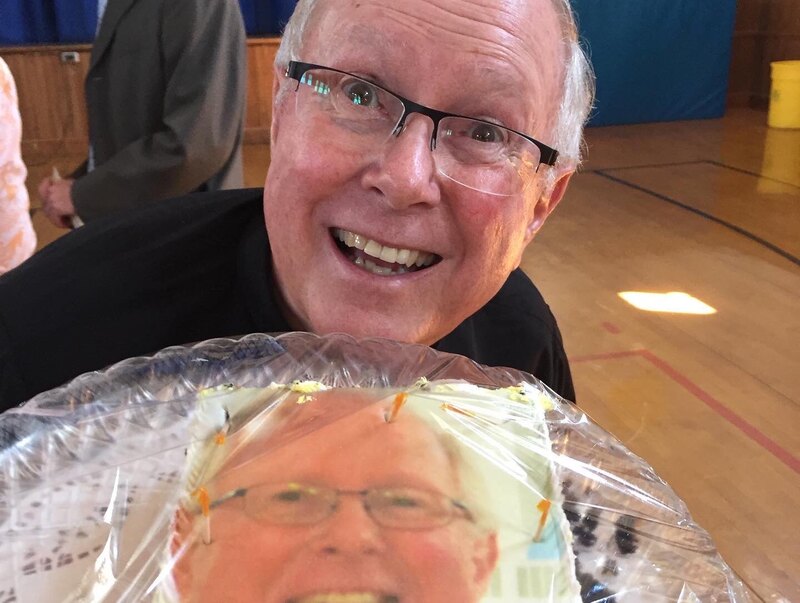 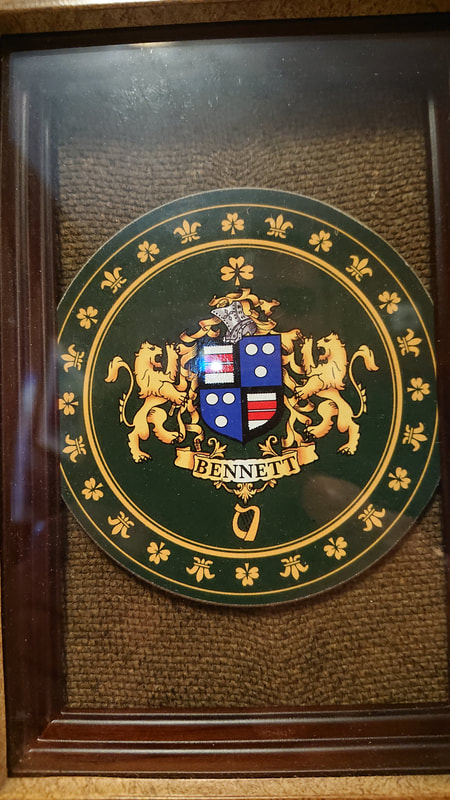 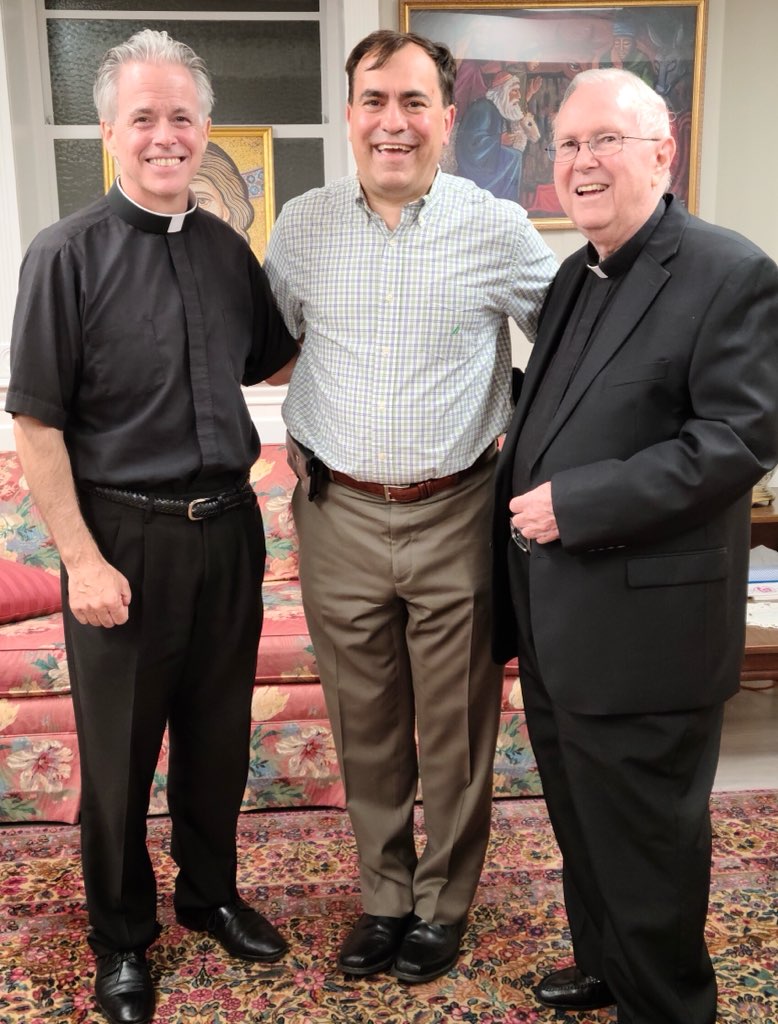 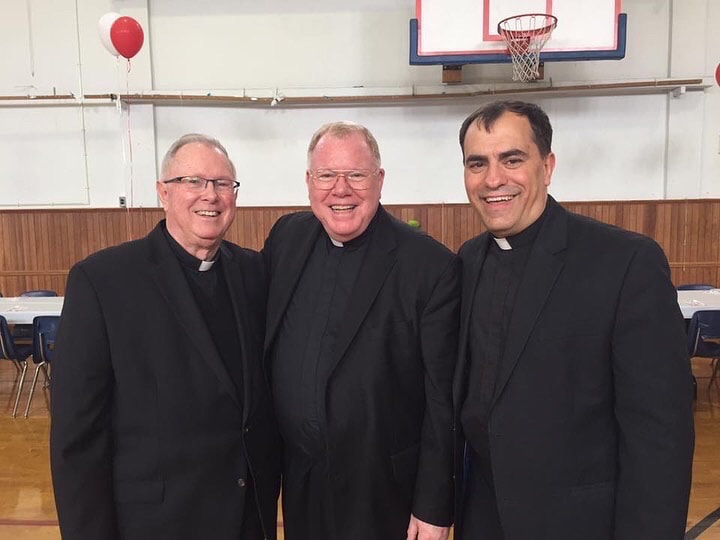 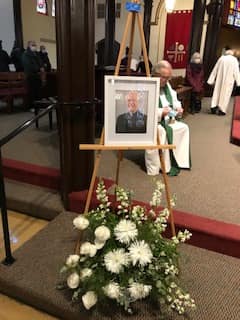 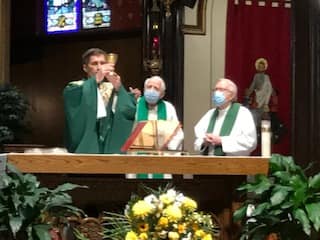 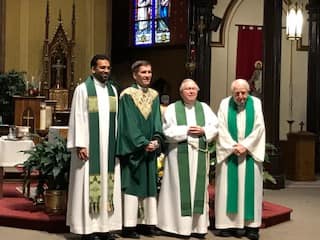 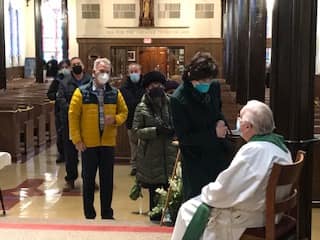 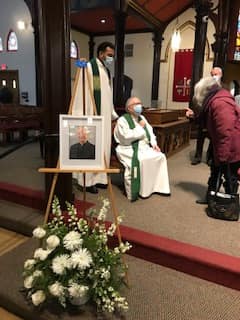 ​Rev. Msgr. Donald T. Bennett  born on September 20, 1941 in Flushing, NY, a Roman Catholic Priest of the Diocese of Rockville Centre for 55 years ,and Pastor Emeritus here at St. Ignatius,  passed on June 6, 2022.

Msgr. was a humble, faith-filled man who loved to celebrate the Mass and minister the Sacraments to the people of God. He was a pastoral priest who truly preferred Fr. Bennett over any respected higher title. When he came to St. Ignatius Loyola (SIL) he came to a parish that was in deep debt and disrepair but he entered into this new assignment with great hope and, again, faith in God and his goodness. Msgr. learned about service to the greater community through his parents/upbringing. He and his father used to go to a Boys Home every Friday night and bring a movie projector and movie reels to show all the boys and give them entertainment and a sense of “family” of belonging. He learned to look at life and all of those in it with great compassion. He grew up wanting to serve and make a difference, not just to people but within the larger community made up of all those people.
What he started to see at SIL was a parish of faith-in-action, such as he learned growing up. Not the wealthiest parish but filled with a treasure trove of love of God, love of neighbor and love of service/volunteerism. He also embraced the diverse population of Hicksville and marveled at the faith and genuine sense of spirit in all those who worshipped there. He made SIL his home, where anyone was welcome and embraced as family. He was instrumental in starting up a well-respected and organized Parish Outreach, in organizing the Spanish Mass and community celebrations and in bringing various groups
of people together, such as the Interfaith Luncheons he arranged each year in the greater Hicksville and surrounding communities. He also saw SIL for the utterly beautiful church it was and for the history and tradition of the parish, which was the Mother Church to St. Paul the Apostle in Brookville, St. Bernard
in Levittown, St. Edward’s in Syosset, Holy Family in Hicksville, St. James in Seaford and on and on. The parishioners of SIL built their church and the original school themselves and he was very proud of that fact. It was the original church and school in Hicksville and he took painstaking care to restore it to its grandeur. He loved to putter in the gardens with his straw sunhat on and talk with whomever he came across. Msgr. Bennett’s vision of SIL was that it was a community of faith made up of individuals each with their own talent and unique way of contributing. He accepted that if you helped the individual you helped the community and could change all for the greater good of all. St. Ignatius Loyola Church &amp; Parish was very dear to his heart ~ it was his beloved home. His heart, the heart of Fr. Bennett, will remain here always.

He was given the Papal honor, Prelate of Honor to His Holiness, and named Monsignor on  September 30th 1991.

He began his retired life in June, 2011. Msgr. Bennett was living in St. Pius X Residence in  Amityville since September.

He will be always remembered in our prayers. We do find comfort in knowing that God has him in the palm of His hands and he will be enjoying his well-deserved  heavenly rewards.

MSGR. BENNETT YOU WILL BE MISSED ! 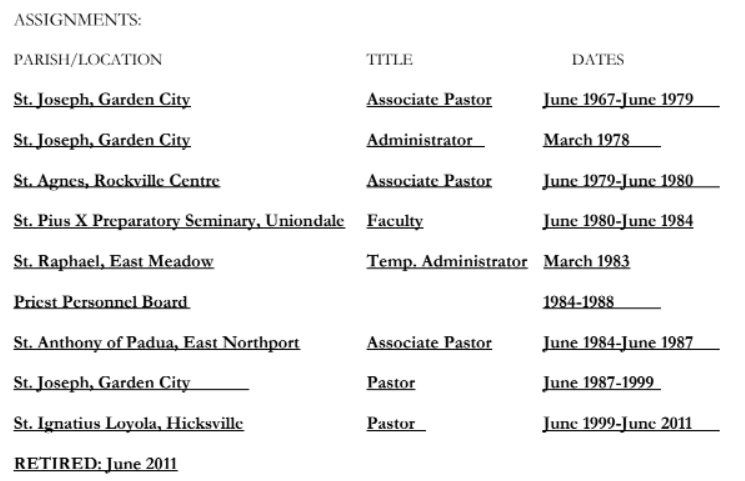